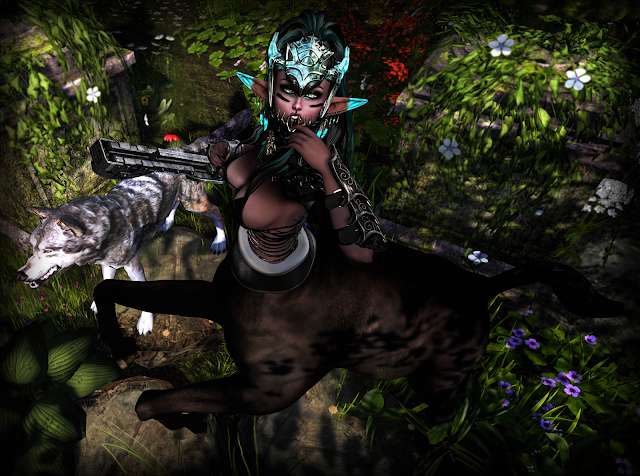 For those of you that don't know, Fantasy Faire has certain challenges for their bloggers, and on of them, is called "My new shiny", so today, I stepped waaaay out of my "normal" and became , that's right, you've guessed it, a centaur !
But it isn't just my mythical alter ego that I've discovered as I was trying to bring to life the image that was stuck in my head, but also an amazing skin creator as well ! As such, for you to fully be able to appreciate the details of this skin, and the badass head gear I am wearing, here is a closeup too ! 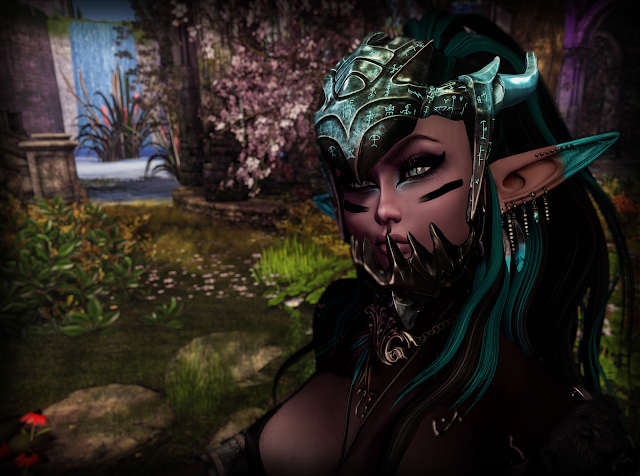 Centaur:
Jinx : Cen-Lightaur - Fantasy Faire Special Edition @ - Fantasy Faire / Heliodor - Super excited about this awesome limited edition centaur body from Jinx, totally made me feel like a Harry Potter character ! The body is bento rigged, and can be worn combined pretty much with any human, teen or tiny avatar, as they have been released in various sizes (Packaged separately) ! Even includes 8 skins for easy customization, and a special RFL color by Cinnamon !
Centaur hud is included with your purchase of course !

Skin:
Ab.Fab skins&Fantasy Eir Nightshade @ Fantasy Faire / Elemaria - My new shiny ! I am beyond picky when it comes to the skins I wear, but totally taken with the one Ab.Fab skins&Fantasy released at the Faire ! Please keep in mind, this only comes in BoM option!  They do fit my body and head just perfect, and the eyebrows are on point !
Chest tattoo is optional, but included in BoM tattoo layer !
This is a RFL vendor item, proceeds are going to a great cause ! More info on Fantasy Faire and Relay for life HERE !

Eyes:
!TLB - Lyric Eyes @ Fantasy Faire / Autumnium - New by The Little Bat , including a total of 12 colors, not only as appliers, but also system layers and mesh eyes !

Tats:
-Endless Pain Tattoos- Juniper @ Fantasy Faire / Lamented Fens - Photo doesn't really do it justice, nor shows enough of this kick ass fade-out tat by Endless Pain Tattoos , but for a full view, will include the promo pic below ! Also using the BoM version of this, however, it does include appliers too if you aren't wearing BoM just yet !
Tat available not just in black but also white !

Hair:
.EscalateD. Solaris - Essentials @ EscalateD - Please note, the hair does have streak options, but the green I am using was manually tinted, totally appreciate hair stores that leave their stuff modify so it can be easily customized !


Outfit:
Head dress:
!R! Draconic Diadem @ Fantasy Faire / Auxsentios' Pass - Brand new unrigged head dress by !Reliquary! , easy to fit to any head really. Includes texture change for easy customization, and, really, all I can say, it just looks badass whatever color you decide to rock !
And, if you have some editing/building knowledge, a texture cache is included with the head dress, so you can further work with it, and even make your own custom textures.

Necklace:
[ rD ] - Mythos Set @ Fantasy Faire / Melusina's Depths - Part of a jewelry set by Rise Design, also including a headdress, and texture change in several parts, so you can mix and match to your needs !

Battle axe:
Butanik83 - Annihilator Arm Battle Axe @ Fantasy Faire / Mistakes were made - New by Butanik83, includes texture change, and several positioning for the axe itself for open/closed versions, plus its unrigged and modify, so the bracer part can easily be fitted to your shape.


Pose:
Now this part was a bit tricky, as a first time centaur but luckily Julala of Jinx (yep, that's my name for her from now on, because she is totally royalty in my eyes) came to my rescue, and generously supplied her Jinx : Leap of Faith Pose HUD for the Centaur to help me out, much thanks for that ! You can of course pick this up at Jinx, some of the poses only animate the centaur body, making it super easy to use any human animation you like for the upper body !
For the full body shot, I've combined the hud with the eTc Poses- laying 11 pose by eTc Poses (yes, I know, doesn't look like laying, magic of the centaur animation hud :D ) 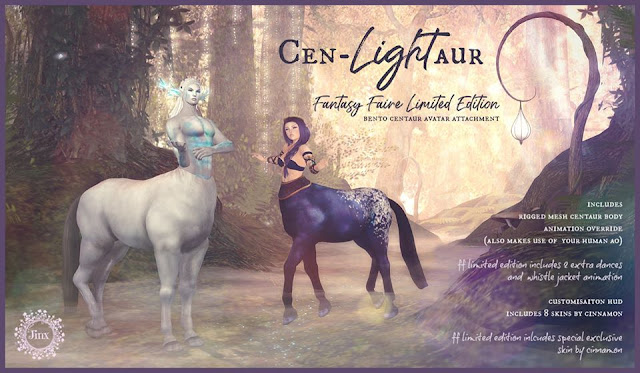 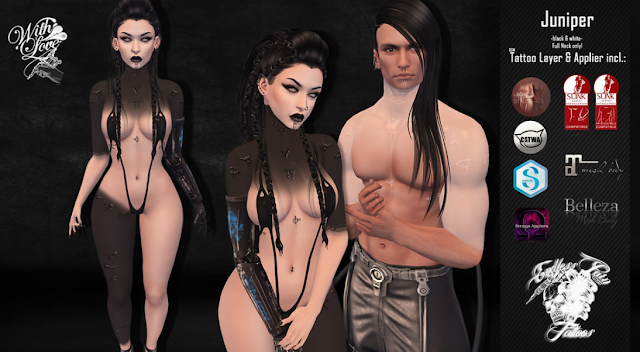 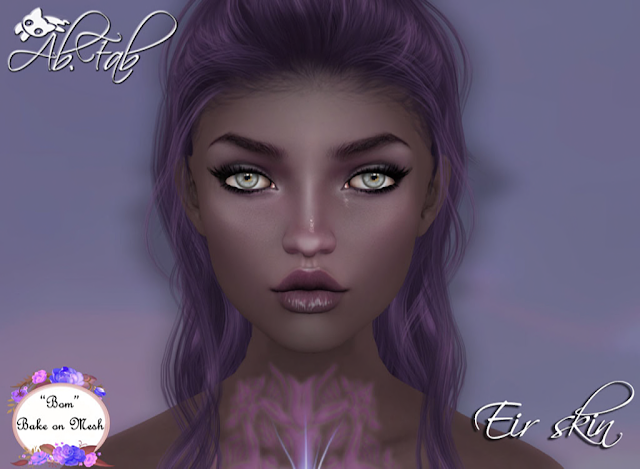 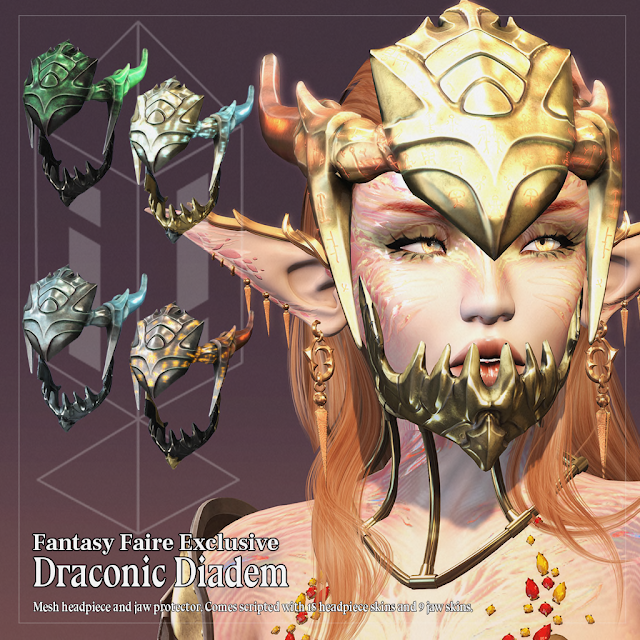 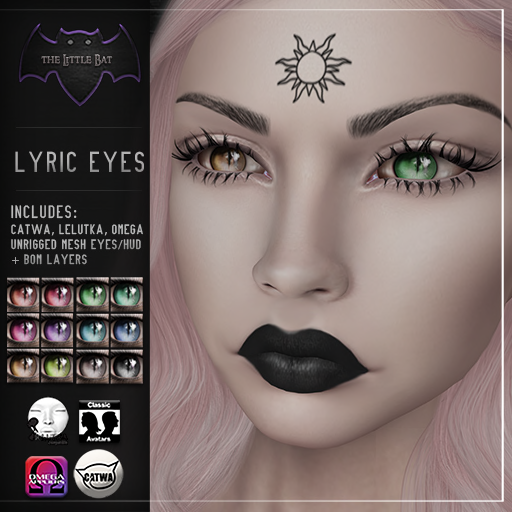 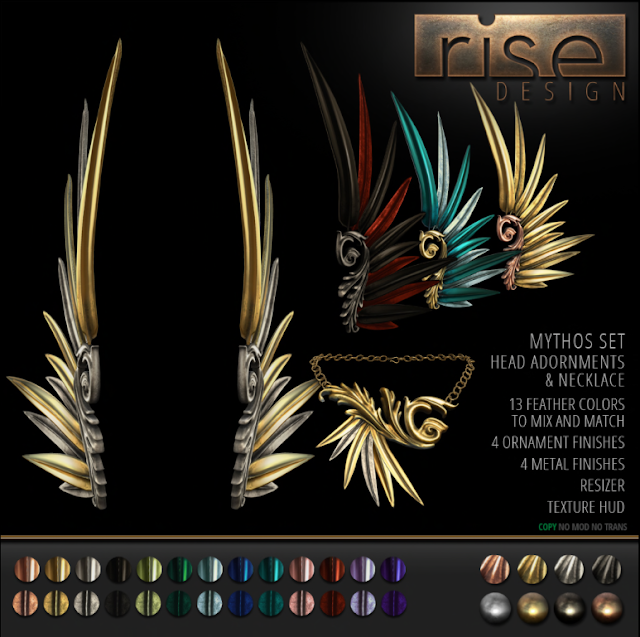 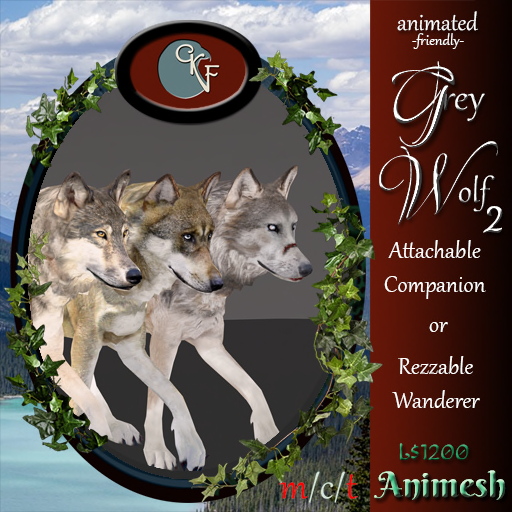 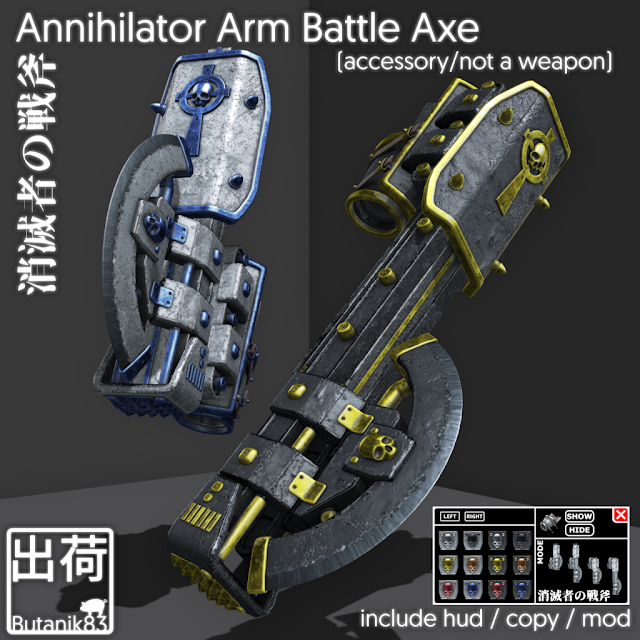 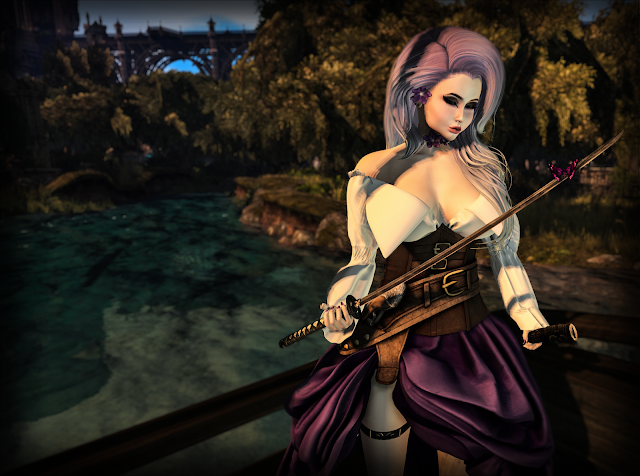 It is nearly time ! For what, some may wonder, others just smile knowingly, they've been awaiting this for weeks, perhaps months !
Time for Fantasy Faire 2020, that's right !
The gates will swing open tonight, April the 23rd, at noon, welcoming all to witness the magic extending on a total of 18 sims !
Starting tonight, and until May the 10th, you have a chance to shop, wander around, participate in silent auctions, experience roleplay, parties and more, so clear your calendar and get ready !
In anticipation, today will show you some of the wonderful items you will be able to soon scoop up !
Photo was taken at one of the sponsor's , The Looking Glass 's main location, a sim that not only hosts their store, but is also gorgeous, perfect for exploring and photos !

Necklace:
Poet's Heart - Raidy Jewelry @ Fantasy Faire - Sirens Lore - Okay, so this in not JUST the necklace but in fact, is a jewelry set by Poet's Heart, complete with head dress , hair sticks and two types of necklaces, and an extra flower to attach wherever, (I am using it in my hair !) all pieces scripted for color change so you can easily match it to whatever you want to wear it with ! Plus, this is a RFL item, so you'll be contributing to a great cause !

More info on Fantasy Faire and what to look forward to HERE ! 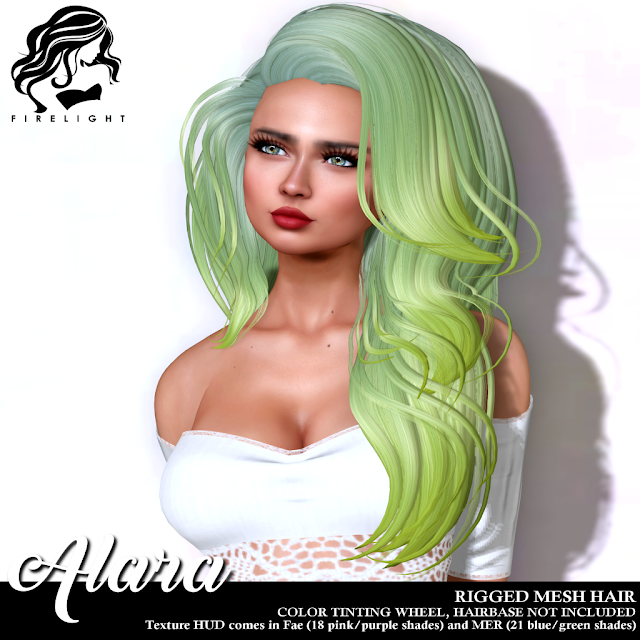 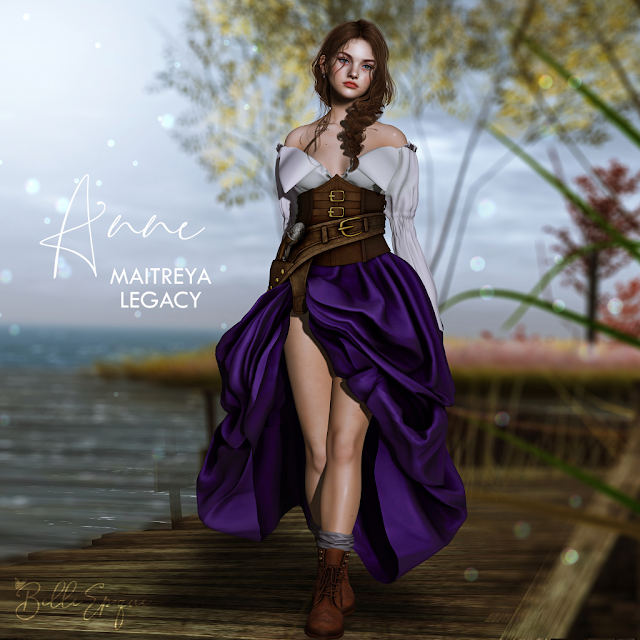 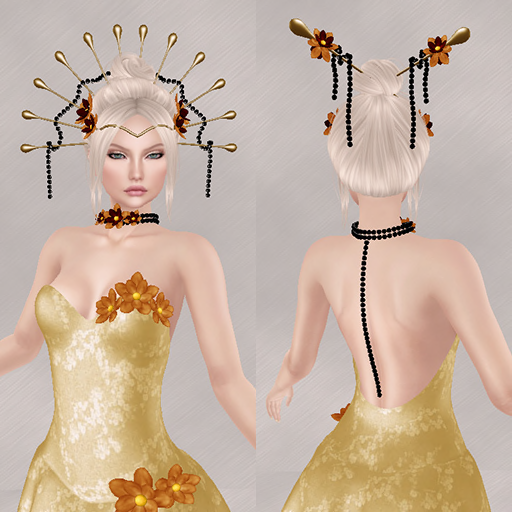