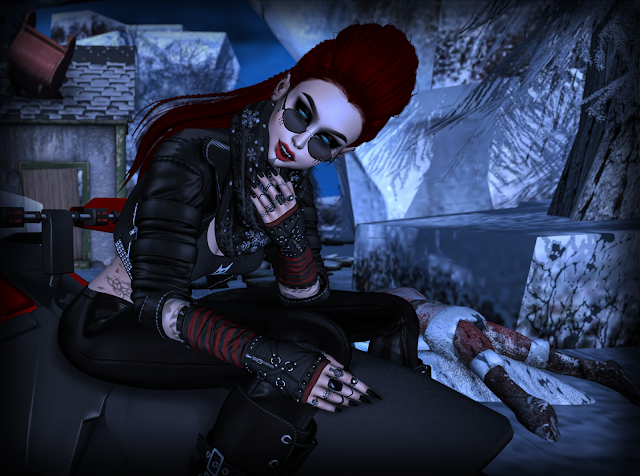 He said I was on the naughty list... but accidents happen... and I still got my gifts 😏
Body:
Worn with Maitreya body / Catwa Lilly head
Skin:
.::WoW Skins::. Avril Catwa applier/BOM @ WoW Skins
Using the browles version, brows are -SU!- Agnes Eyebrows Two-Tone -Catwa- by Suicidal Unborn
Hair:
.EscalateD. Pyper @ EscalateD - Also has side fringe options and stuffs, but my scarf was eating them so had to turn them off 😬
Nails:
#EMPIRE - Stiletto Nails - Long @ Empire - Using the DP - Koffin Nails - FatPack - Beyond Basic Superset omega appliers on it by Koffin Nails
Outfit:
Gloves:
.{PSYCHO:Byts}. Riot Kidz - Gloves  @ The Warehouse Sale - I'll be honest, I love love love these new gloves from Psycho:Byts ! And up until the 18th of December, you can grab them half off at the event. Currently rigged for Maitreya only (might have more sizing soon too ! ) , these gloves come with a generous customization hud allowing you to mix and match colors even on separate hands, not just as a whole !
Scarf:
Decoy - Stella Scarf: Midnight Snow @ Holiday Shop & Hop - This is a gift, but I am not sure on which sim Decoy actually was, so you'll just have to check them all 😁
Jacket:
*CK* I love me jacket BLACK @ Candy Kitten
Pants:
toksik - Leather Leggings (BOM) (Fatpack) @ The Warehouse Sale
Sunglasses:
BONDI . TheOscuro Sunglasses. Classic @ Bondi
Rings:
Kibitz - Nightmare ring set - onyx @ Kibitz
.{PSYCHO:Byts}. Riot Kidz - Gloves Promo 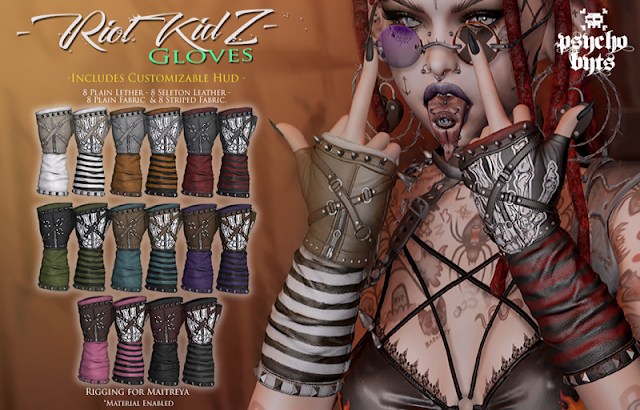